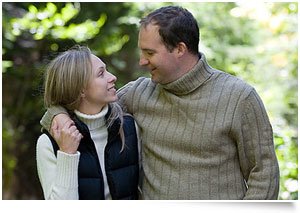 Over 500,000 vasectomy procedures are done each year in The United States. Vasectomy is a simple, safe, surgical procedure for permanent male fertility control. The tube (called a vas) which leads from the testicle is cut and sealed in order to stop sperm from leaving. The procedure usually takes about 15 to 20 minutes in the office. Since the procedure simply interrupts the delivery of sperm it does not change hormonal function -- leaving sexual drive and potency unaffected.

As with any surgical procedure, the primary risks of vasectomy are infection and bleeding. These risks are generally low for this procedure. It is also important that each patient understand that vasectomy should be approached as an irreversible procedure. While vasectomy can be reversed surgically at times, its successful reversal cannot be guaranteed. Also important is the fact that the vas deferens can grow back together. This is called recanalization and occurs only rarely - less than 1/2 to 1 percent of the time.

The Effects of a Vasectomy

A vasectomy leaves the patient unchanged except for the fact that the sperm cord (vas) is blocked. The testes still produce sperm, but they die and are absorbed by the body. The level of male hormones remains the same and all sexual characteristics remain the same. Ability to have an erection is also entirely unchanged.

Preparing for Your Vasectomy

Prior to coming to the office for a vasectomy you should shower. The doctor will request that you shave your scrotum. You will be asked to sign a permission form prior to your procedure. You should bring an athletic supporter with you to wear post procedure.

After you undress, the scrotum will be washed and properly draped. The anesthesia will be administered with the No-Needle injector. The anesthesia will prevent you from feeling pain as the doctor uses a special instrument to puncture the scrotum and grasp the vas deferens. Most men describe feeling a "pulling" sensation, but no pain. The vas is then cut and sealed. The other side is similarly done through the original puncture site.

Following your procedure it is important that you remain off your feet as much as possible for 24 to 48 hours. This is important in order to minimize the chance of post surgical complications.

Your doctor will ask you to bring a semen specimen in approximately 4 to 6 weeks after your vasectomy. This must be checked in order to be assured that the vasectomy worked and that you are sterile.

More About the "No-Scalpel" Technique

The "No-Scalpel" technique is a technique that was first done in China in 1974. Over recent years it has been becoming more and more popular in the United States. The vasectomy done is essentially the same as vasectomies done for many many years. It's primary difference is that the vas deferens is controlled and grasped by the surgeon in a less traumatic manner. This results in less pain and fewer postoperative complications. As time continues more and more physicians will be using the "No-Scalpel" technique.